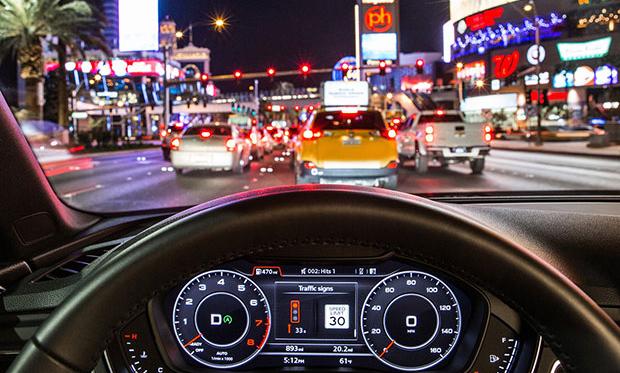 Audi’s cars are now telling drivers how many seconds remain until the traffic light turns green. It’s the first commercial offering of vehicle-to-infrastructure communication in the United States, Audi says.

Of course, nobody would pay much extra for an electronic gadget that just lowered your stoplight waiting anxiety. But this feature is just testing the waters; bigger applications are in view.

The cars—recently manufactured Audi A4 and Q7 models signed onto Audi’s prime connection service—communicate with the Las Vegas traffic management system via 4G LTE, the standard that mobile phones use. The countdown appears on the dashboard or head-up display, then shuts off a few seconds before the light changes (presumably to keep drivers from getting mesmerized). Audi manages the transfer of data with the help of its partner, Traffic Technology Services (TTS), of Beaverton, Ore.