The price of bitcoin falls more than 10% after the Hong Kong-based digital currency exchange Bitfinex says it suffered a major hack. 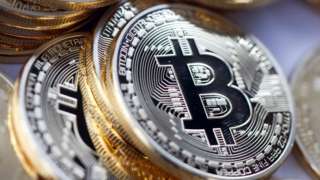 The security breach led to the possible theft of bitcoin worth $65m (£49m).

Bitfinex told the Reuters news agency on Wednesday that nearly 120,000 bitcoin were stolen from its exchange platform.

All transactions on the virtual exchange have been suspended while the security breach is investigated.

In a statement on its website, Bitfinex said that it was “deeply concerned about the issue and we are committing every resource to try to resolve it”.

The hack is one of the biggest thefts in bitcoin’s history and is being treated as a “major deal” by many in the virtual currency community.

“Unfortunately, we continue to have vulnerabilities in the form of exchanges and wallets,” former Singapore-based bitcoin broker David Moskowitz told the BBC.

“The vulnerabilities almost always occur on the exchange or wallet side and this is an area that continues to need improvement and more secure protocols, no different than when a bank gets robbed.”