Skip to content
Following the United Kingdom’s decision to leave the European Union on 23 June 2016, the EU-funded SENSEI project has revealed that it accurately predicted the result of the referendum by analysing 6 million social media conversations in the weeks preceding the vote. 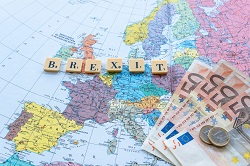 The SENSEI project aims to make sense of the millions of blog posts and social media conversations that take place every day. To do this, the overall goals of the project have been twofold: Firstly, project partners have developed sophisticated summarisation and analytics technology to help users make sense of human interaction from diverse media channels. Secondly, they have designed and evaluated the SENSEI summarisation technology in real-world environments, with the aim to improve task performance and the productivity and efficiency of end-users, including, for example, data and media analysts, journalists and editors.

However, the project does not just rely on technology – human intervention is also a crucial element in how the project has been analysing social media conversations, with an emphasis by the project on using a combination of ‘man and machine’ to predict the outcome of major votes and elections. This has included the inconclusive December 2015 Spanish general election and the Brexit referendum.