A sizeable proportion of 100 million Volkswagen cars sold since 1995 can be unlocked remotely by hackers, a team of researchers says. 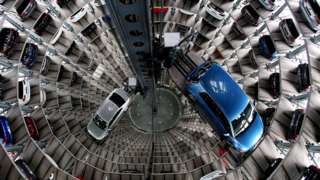 The problem affects a range of vehicles manufactured between 1995 and 2016 – including VWs and models from the company’s Audi, Seat and Skoda brands.

A homemade radio costing about £30 is the only hardware an attacker requires.

Volkswagen said it was working with the researchers and added that several new vehicles were unaffected by the issue.

Two separate attacks affecting different models are described in a paper by researchers from the University of Birmingham and German security firm Kasper & Oswald.

With the second method, an older cryptographic scheme in some other brands was found to have a similar, albeit more complex vulnerability.

The team showed it was possible for a malicious hacker to spy on key fob signals to target cars via a cheap, homemade radio.

Source: ‘Millions’ of Volkswagen cars can be unlocked via hack – BBC News