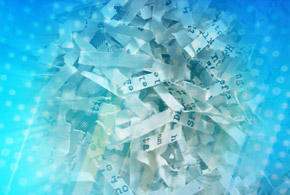 Google’s vast cloud computing infrastructure was harnessed to demonstrate that it is possible to crack the Secure Hash Algorithm-1 cryptographic function through a brute force computational methods.

Security researchers at Google and the CWI Institute in Amsterdam have found a way to crack the Secure Hash Algorithm-1 (SHA-1) cryptographic function.

The two organizations Thursday announced what they described as the first practical collision attack against SHA-1. In other words, what they have done is find a way to mathematically generate identical SHA-1 hashes for two entirely different sets of content, something that should typically never happen with a hash function.

A cryptographic hash is basically an alphanumeric representation of input data. A sentence or a word that goes through a cryptographic function comes out as a unique hash value or a fixed-length string of letters and numbers that bear no resemblance to the input data. With a strong hash function it is almost impossible to reverse the hash value to its original content.

The National Security Agency (NSA) designed the SHA-1 cryptographic hash function 10 years ago. Though Google and others have been warning about its susceptibility to attack, SHA-1 is still widely used for encrypting communication on the Internet and for functions like signing website digital security certificates and software code in order to authenticate them.