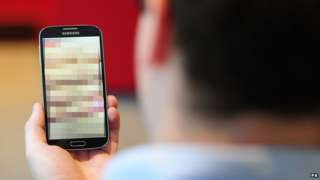 Germany’s highest court has ordered a man to destroy intimate photos and videos of his ex-partner because they violate her right to privacy.

The Federal Court said the man, a photographer, should no longer possess naked photos and sex tapes, even if he had no intention of sharing them.

The woman had originally agreed to the images but this consent stopped when the relationship ended, the court said.

Germany has some of the strictest privacy laws in Europe.

The Federal Court was called upon to rule in a dispute between a former couple, who were arguing over whether or not the man should delete intimate photos and videos.

In its ruling (in German), the court said everyone had the right to decide whether to grant insight into their sex life – including to whom they grant permission and in what form.

It said that by retaining the images, the photographer had a certain “manipulative power” over his ex-lover.

He should no longer have rights to the photos and videos once the relationship had ended, it concluded.

It is not clear how the ruling will be enforced.